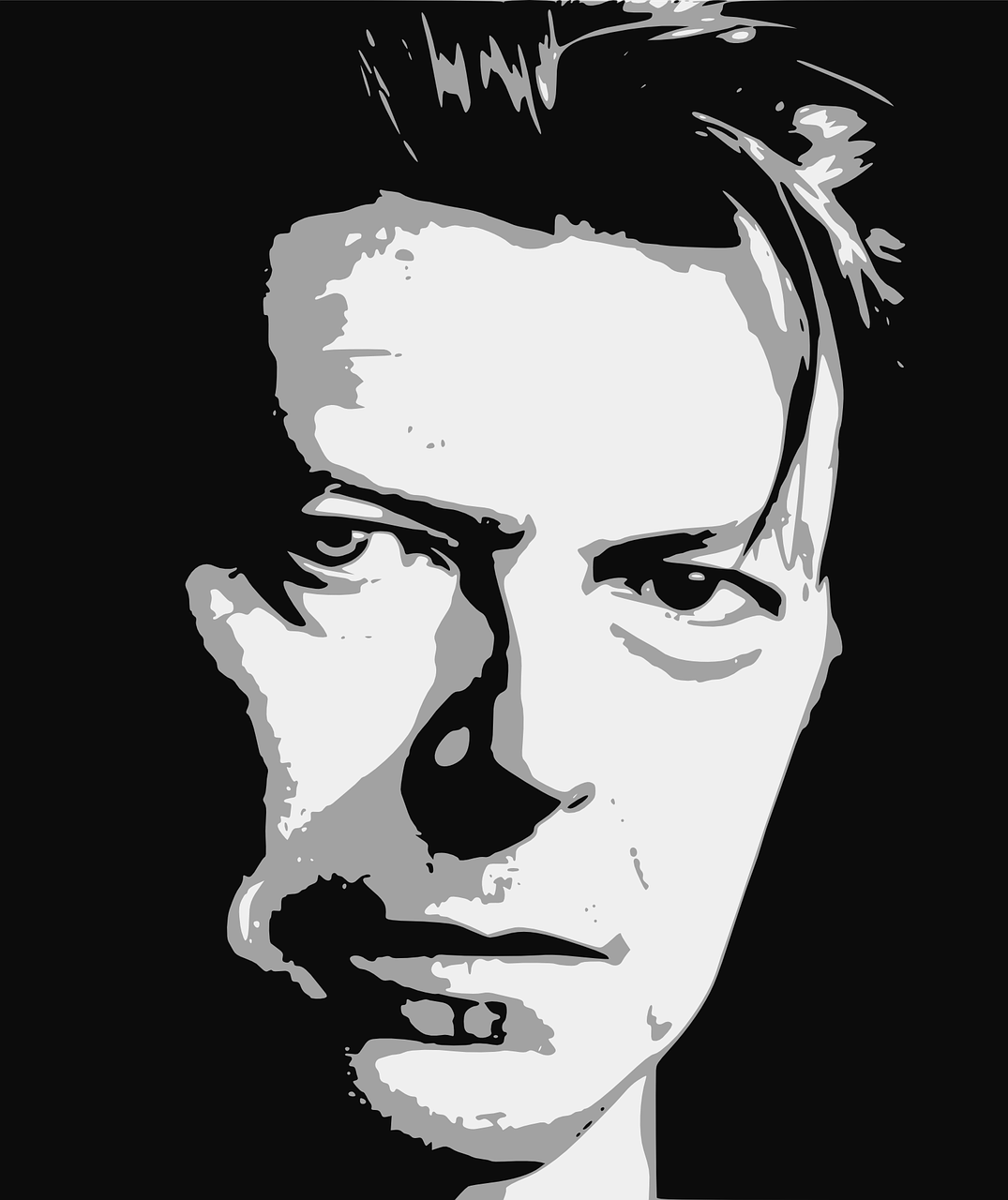 Throughout David Bowie’s career as a musician, actor, and performer, he has always had a unique and intriguing sense of style. On his final album, titled Blackstar, released on his birthday in 2016 at age 69, he featured a song titled "Lazarus": named after the Biblical char6acter whom Jesus brought back from the dead. Interestingly, the album debuted right before his death in January 201.

The album turned out to be David Bowie’s final present to his fans and an elegant means of saying a final farewell. David Bowie was well-aware of the fact that he was facing death in the very near future. He clearly articulated his wishes to be to be cremated after his passing “without any fuss.” He specifically stipulated that he did not want a funeral or any public memorial. He simply wished for his life to pass on his own terms so that he could embrace the transition to the next experience.

David Bowie's sentiment embraces the Buddhist tradition: that when his current incarnation was ready to expire, the Supreme Buddha was cremated.

Buddhists believe that when someone dies, their energy leaves the body and if they have reached Buddha-hood, thier soul will escape “Samsara”; otherwise, their soul will return to have another life here on Earth through reincarnation. Samsara represents the nearly endless cycle of birth, death, and rebirth. Buddhist practitioners strive to gain enough merits and perspectives while living on Earth in order to escape from the Samsara cycle and thereby avoid having to return again in a subsequent incarnation.

David Bowie possessed a deep appreciation for Japanese culture, and expressed this through his style and personal interests. This included a deep respect for 'Zen' traditions. Zen is a type of Mahayana Buddhism, known especially for for “koans,” which are paradoxical sayings and questions that have no clear answer. A popular example of this is the koan: “When a tree falls in the forest, and there is no one there to hear it; does it make a sound?”

Zen Masters are acutely aware of the time when their death is near. When they sense that their passing is eminent, they their gather friends and family to give a last good-bye. One Japanese Zen Master, 'Hofaku', upon nearing his time of death, called all his monk followers, and informed him that his energy was diminishing, and instructed them that there was no reason for worry, just that his death was approaching.

One monk then questioned Master Hofaku about the meaning of death. The Master responded by stating that death is just the ways of things. The monk then asked how he should interpret the two different states of being: alive verses dead. True to Zen form, Master Hofaku said, “When it rains, it pours,” and then he died peacefully.

As reported in the UK Mirror, David Bowie came to terms with his own impending death, and made plans accordingly. Prior to his passing, he prepared his family for the transition. He made his wishes clear about what he wanted to happen after his death. As a result, he died in completely comfort and went through the process in a tranquil state. He had just released his last album, and the photo artwork contained a photograph of Bowie dressed in a stylish suit and hat showcasing his great big smile.

Shortly following his death, he was cremated in New York without any fanfare. Per his request, no friends or family were in attendance.

David Bowie only wished that those who loved him honor his memory for the good times he experienced and his music. For Bowie, he considered his life to be a work of art. His simple cremation served as his final chapter.

Around the world, many are embracing cremation as their preferred method of means of having their body handled after their death: both for elegance and dignity. To explore cremation options visit SimpleCremationUSA.com.